National government spending is starting to pick up, indicating that disbursements are starting to normalize and accelerate in the second half of the fiscal year, disbursement data for July 2019 from the Department of Budget and Management showed.

Government disbursements in July grew by 3.4 percent, equivalent to PhP11.3 billion, from the same month last year, mainly due to increases in current operating expenditures, which grew by 10.6 percent.

Likewise, Maintenance and Other Operating Expenses grew by 10.5 percent (PhP4.8 billion) largely because of the payment of liabilities incurred by the Department of Health last year for pneumococcal vaccines, which amounted to PhP3.4 billion.

Subsidies to government corporations increased by 17.9 percent (PhP5.8 billion), largely due to the release of PhP18.5 billion to the Land Bank of the Philippines as the conduit for the payout of first semester cash grants to beneficiaries of the Unconditional Cash Transfer Program. Releases to the National Irrigation Administration and the National Housing Authority amounting to PhP11.5 billion for payments of completed projects also bolstered national government spending.

The growth in government spending this July was weighed down by decreased levels of spending in capital outlays, particularly in Infrastructure/Other Capital Outlays, which shrank by 11 percent (PhP9.3 billion) relative to the same month last year.

The contraction in spending, recorded mostly from lower disbursements by the Department of Public Works and Highways (DPWH), is attributable to the lingering effects of the delay in the passage of the FY 2019 national budget and the election ban on infrastructure spending, as well as the base effect of the large payments for accounts payable last year.

It must be noted, however, that, when compared to the previous month’s levels, infrastructure spending grew by 73.1 percent this July, indicating that the national government’s catch up program is beginning to take fruit.

The DPWH and the Department of Transportation have also begun the implementation of new programs and projects as indicated by their statement of obligations that will accelerate government spending in the second half of the fiscal year.

As of end-July, the national government’s expenditure program balance amounts to just PhP398.8 billion out of the PhP3.7 trillion program for FY 2019. Some 89.1 percent of budget allotments have already been released. 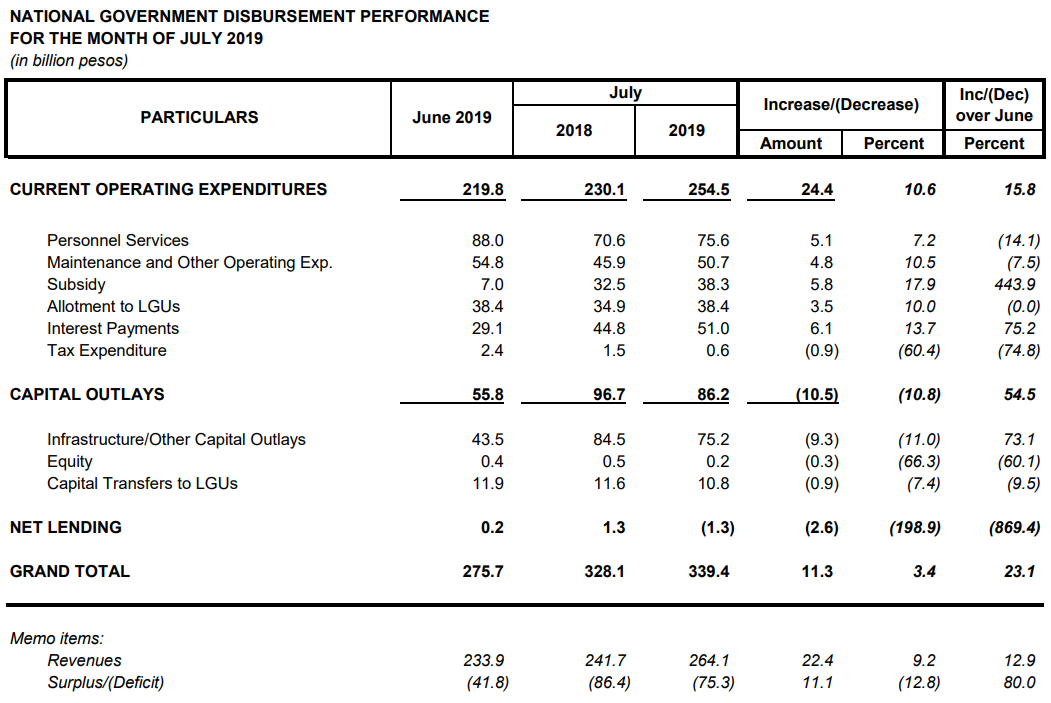 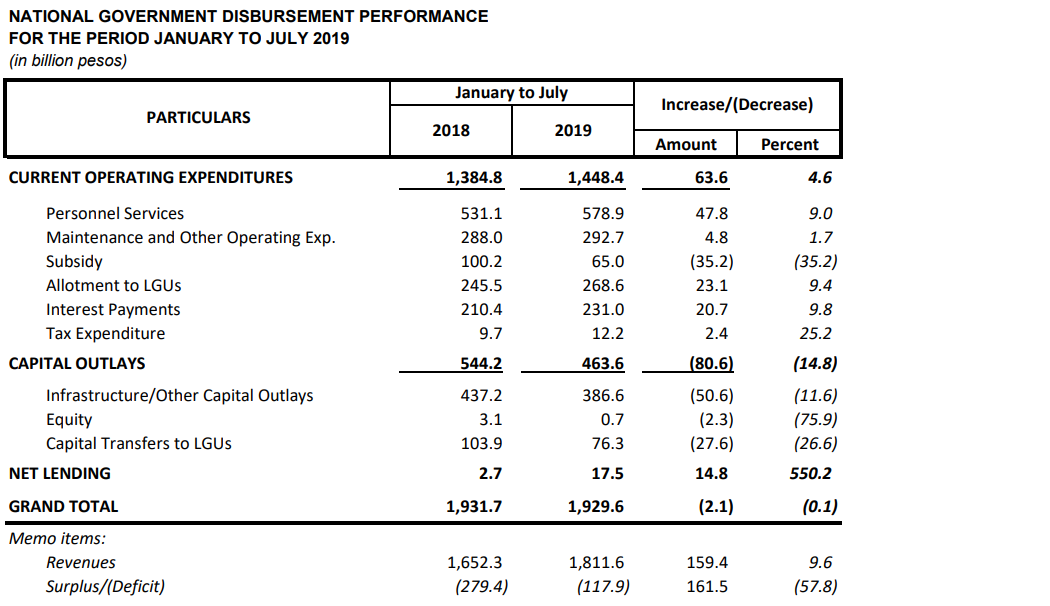