DBM willing to participate in COA investigation of Malampaya Fund 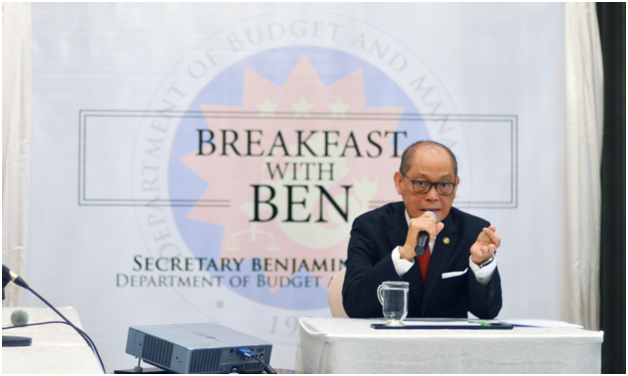 “The DBM is not a prosecutorial body. We have other agencies for that, but we are willing to participate,” Secretary Diokno told reporters who asked what the budget department’s involvement would be in the investigation of the Malampaya Fund. “We are willing to provide necessary evidence, SARO releases, etc. We will cooperate fully on whatever the direction of the government on this matter,” he added.

The COA report on Malampaya transmitted to the Department of Budget Management (DBM) last August 31, 2017 covers the releases that the DBM made to various implementing agencies (IAs) during the period January 2004 to May 2012, involving 184 Special Allotment Release Orders (SAROs) amounting 38.8 billion pesos.

The COA report focused on “compliance by the DBM with existing laws, rules and regulations on the release of SAROs and Notice of Cash Allocation (NCAs) to the different IAs out of the Malampaya Fund.

When asked if the DBM would craft additional guidelines for the use of the fund, the Secretary said there would be ‘no need’. “Our people know what to do. It has always been the policy of the DBM to only release funds on the basis of a request,” the Budget Chief emphasized.

But the nature of the fund has made it “difficult to access and reuse”, according to Secretary Diokno.

The Malampaya Fund was created as a special fund Presidential Decree No. (PD) 910, issued by then President Ferdinand E. Marcos on March 22, 1976. The Malampaya Fund was initially set up to help intensify, strengthen, and consolidate government efforts relating to the exploration, exploitation, and development of indigenous energy resources vital to economic growth.

Under Section 8 of PD 910, the Malampaya Fund “shall form part of a Special Fund to be used to finance energy resource development and exploitation programs and projects of the government and for such other purposes as may be hereafter directed by the President.”

However, “use of the funds for ‘other purposes as directed by the President’ has been rendered unconstitutional with the Supreme Court decision on the Priority Development Assistance Fund (Belgica vs Ochoa, Jr., GR No. 208566, November 19, 2013, 710 SCRA 1).

“The government is no longer involved in [the] activity [for which the fund was created for], it’s a private sector or joint venture activity,” Secretary Diokno added. “In other words, we have a fund that is lying idle there. We cannot use it.”

As of June 30, 2017, the Malampaya Fund has a standing balance of close to 200 billion pesos, and it continues to grow, with monthly inflow from the Malampaya natural gas project.

According to the Secretary, broadening the use of the fund or changing the nature of the fund would require Congressional action.

“Looking forward, this is a clear message to all people in the bureaucracy that we should be careful in the use of public funds,” the budget chief said.