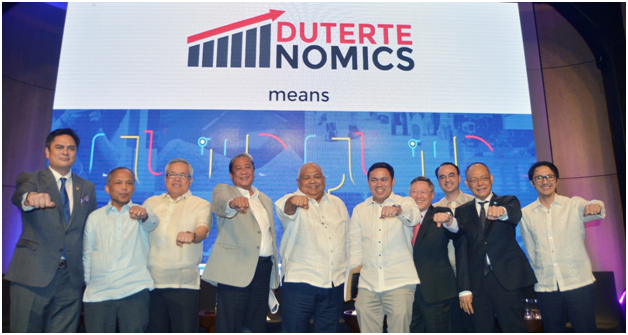 Officials of the Duterte Administration, led by the economic and infrastructure ministers, are set to showcase economic opportunities to potential investors from Japan and China next week. The two-part economic roadshow starts in Tokyo on September 26, Tuesday, with the theme “The Rising Philippine Economy: Powering Gains with Global Partners through Shared Goals”. The Philippine delegation will then proceed to China from September 27 to 29 with key meetings and briefings to be held in Beijing and Shanghai.

For his part, Secretary Diokno will discuss the government’s expansionary fiscal policy which will generate resources to finance the government’s ambitious infrastructure and social services programs. He is also set to expound on public sector reforms that will boost spending efficiency and transparency, such as the Budget Reform Bill and the Government Rightsizing Program.

Meanwhile, the infrastructure ministers led by Public Works Secretary Mark Villar, Transportation Secretary Arthur Tugade, and BCDA President VivencioDizon, will present the game-changing infrastructure projects to be implemented by the Duterte Administration. This is in line with the Build BuildBuild program of the government where P8 to P9 trillion (or $160 to $170 billion) will be spent on public infrastructure in the medium-term (2017 to 2022).

The two-part roadshow is an installment of the Philippine Economic Briefing, a series of international roadshows that highlight the Philippines’ optimistic growth trajectory. The Tokyo and Shanghai legs are set to follow the briefing held in Singapore last August 15, 2017.