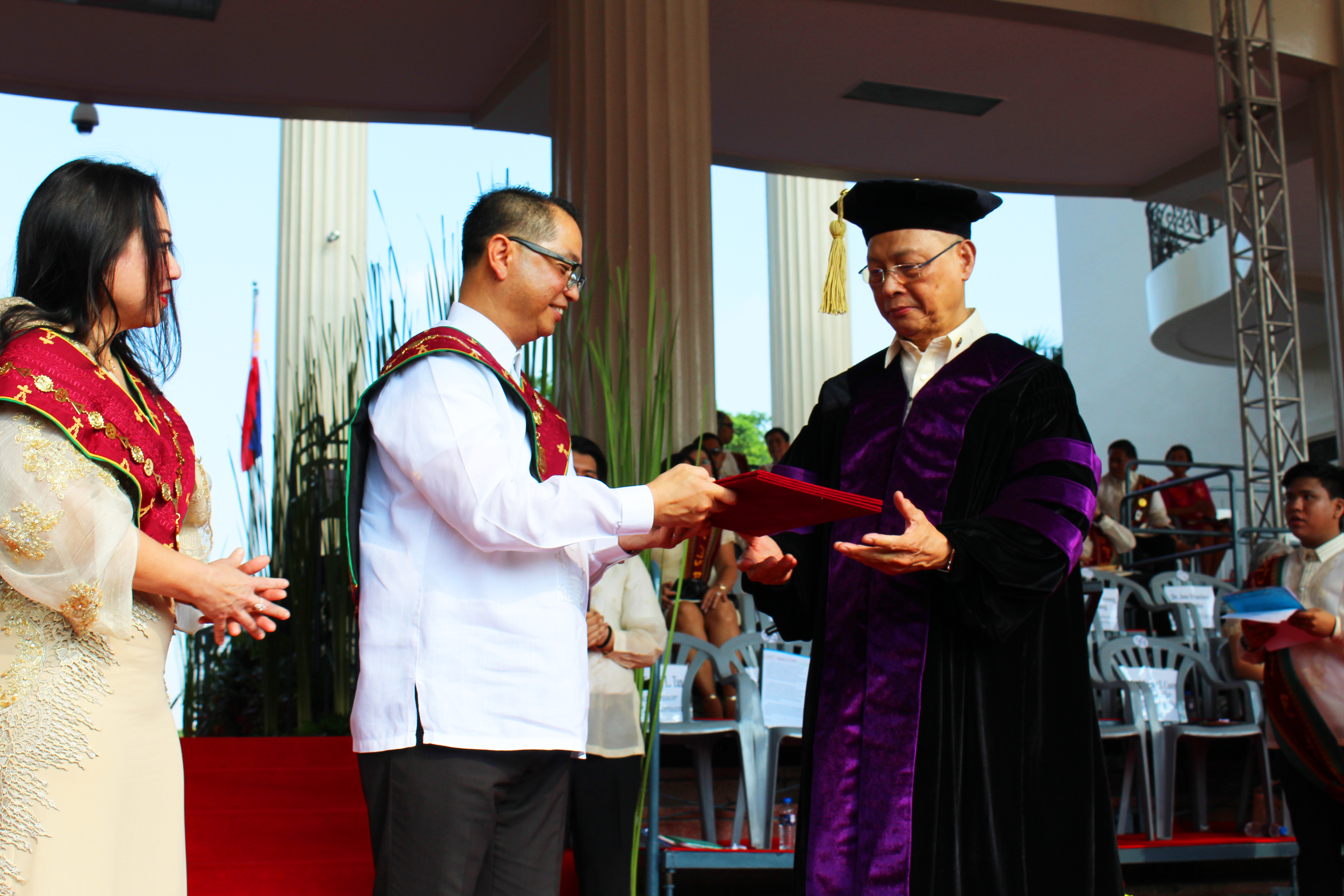 Before his speech, he was conferred the degree of Doctor of Laws, honoris causa, the University’s highest academic rank and honor.

In his speech, the Secretary described how the times have changed since he graduated from his undergraduate degree in UP.

“I am truly convinced that we now live in a much better world,” the Secretary said.

Given the fast-changing environment, “the most important skill,” according to the Secretary, “is the ability to learn.”

“UP has taught you not just what to think but how to think. [...] With your ability to learn and continue learning, you can adapt and meet the challenges of the future.”

He also stressed the importance of being involved in the country’s affairs, and urged the graduates to join government.

“The presence of a strong and competent technical staff in the government is a strong buffer against corruption, inefficiency, and ineffectiveness.”

As a conclusion, the Secretary reminded the graduates of their
“responsibility, as citizens, to transmit our country, the Philippines, ‘not only not less, but greater, better and more beautiful than it was transmitted to us’.”

“That is honor, and that is excellence.”