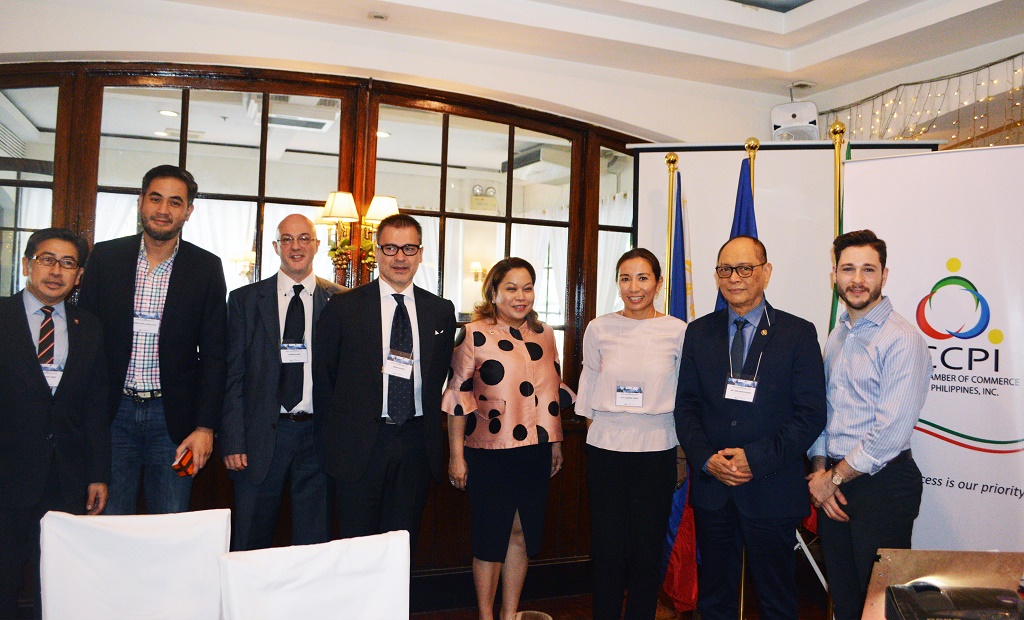 Group photo of the speakers of the forum and the representatives from the Italian Chamber of Commerce in the Philippines, Inc during its meeting held on February 22, 2018

In his presentation, Secretary Diokno discussed the Philippine economic outlook for 2018 and how the Tax Reform for Acceleration and Inclusion (TRAIN) Law fits in the development agenda of the Duterte Administration.

“TRAIN is an essential tool in our expansionary fiscal strategy. It will not only generate additional resources for priority programs and projects but also make our fiscal program more sustainable,” Sec. Diokno said.

The estimated revenue yield of TRAIN is about P130 billion in 2018 and will steadily rise to as much as P220 billion annually. Over a five-year period from 2018 to 2022, it will generate close to P1 trillion in revenues.

The Budget Chief also emphasized that the full effects of TRAIN will only be appreciated the medium to long-term.

“Many are complaining of the additional excise tax with TRAIN. But we’re sure that such criticisms will die down once they see the impressive infrastructures built and the social services programs implemented,” Sec. Diokno noted.

To finance the higher requirement for infrastructure spending, seventy percent of the TRAIN revenues will be earmarked for the “Build Build Build” program while the remaining will be allotted for social services.

“In order to compensate for the inflationary impact of TRAIN, we have set aside P200 per month per household to the poorest 50% of households. Some P24.5 billion for the unconditional cash grant has been included in the 2018 National Budget,” he added.

The unconditional cash transfers will be increased to P300 per month in 2019 and 2020 benefitting 10 million Filipino households.

The Budget Chief noted that TRAIN is not a perfect law, but on balance it is a big plus for the economy.

“TRAIN takes into consideration the immediate, the medium, and the long-run effects of the law,” he added.

In his conclusion, Secretary Diokno said the passage of Package 1 of TRAIN shows the commitment of the Duterte Administration in improving the economic conditions of the country and the general welfare of its people.

Besides his presentation, the Budget Secretary also participated in the open forum moderated by Atty. Tony Abad. He was joined by his co-speakers, Congressman Dakila Carlo Cua, DOF Undersecretary Atonette Tionko, and Atty Amanda Carpo of Kittelson & Carpo Consulting.

For inquiries, further questions and requests for interview, please contact: