DBM Secretary is UP’s Most Distinguished Alumnus of the year 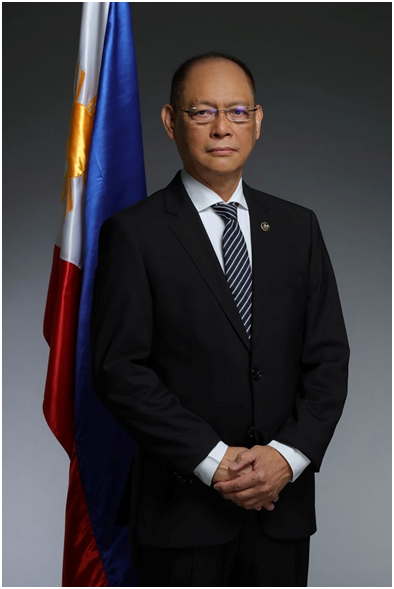 Secretary Benjamin E. Diokno, Ph.D., is currently on his third tour of duty with the DBM, having served prior as Undersecretary for Budget Operations from 1986 to 1991 and Department Secretary from 1998 to 2001.

Some of Dr. Diokno’s major policy reform contributions include: providing technical assistance to the 1986 Tax Reform Program, helping design the 1991 Local Government Code of the Philippines, initiating a What-You-See-Is-What-You-Get policy to streamline the release of funds, and sponsoring the internationally-lauded Government Procurement Reform Act.

As Budget Chief under the Duterte administration, Secretary Diokno intends to pursue an expansionary fiscal policy to finance investments in human capital development and public infrastructure. In addition, he seeks for the passage of a Budget Reform Bill and the Government Rightsizing Act.

Dr. Diokno is also a Professor Emeritus of the University of the Philippines Diliman. He has taught courses in Public Sector Economics, Microeconomics, Macroeconomics, Development Economics and other Special Topics in the university for more than forty years. He received his Bachelor’s Degree in Public Administration (1968), and Master’s Degrees in Public Administration (1970) and Economics (1974) from the same university. He also holds a Master of Arts in Political Economy (1976) from the Johns Hopkins University, and a Ph.D. in Economics (1981) from the Maxwell School of Citizenship and Public Affairs, Syracuse University.

Last June 25, 2017, Dr. Diokno was conferred a Doctor of Laws, honoriscausa, the University’s highest academic rank and honor, before giving the Commencement Address to the Class of 2017 during the 106th Commencement Exercises of UP Diliman.

Secretary Diokno, along with his fellow awardees, will be honored at the UP General Alumni Homecoming on August 19, 2017, Saturday, at AngBahay ng Alumni, UP Diliman, Quezon City. The reunion will have for its theme “ItanghalangDangal”.

The Diokno family is also set to receive a Multi-Generational Award.

The UPAA Distinguished Alumni Awards are conferred on alumni who have demonstrated extraordinary achievements and excellent contributions in their chosen fields that bring about substantial benefits to society and distinct honor to the University.