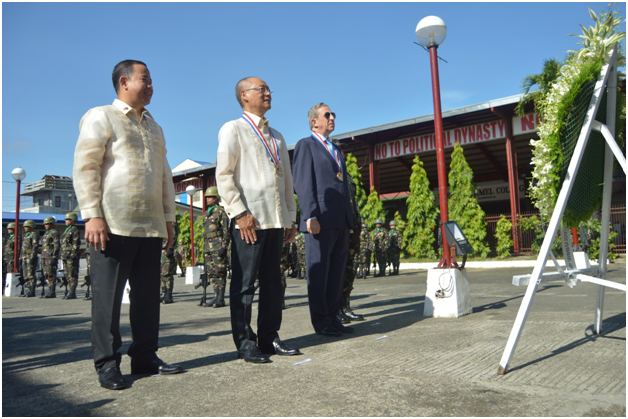 Secretary Benjamin Diokno graced the celebration of the 118th Anniversary of the Historic Siege of Baler and the 15th Philippine-Spanish Friendship Day on June 30 in Baler, Aurora.

In his speech, Sec. Diokno emphasized the strong relationship and cooperation between the Spanish government and the Philippines.

“The Philippines is the only priority country in Asia for Official Development Assistance from Spain, having received up to 278 million euros in the last 15 years,” he added.

He also unveiled the multi-million infrastructure projects to attract more tourists in Baler and boost the local economy. P320 million has already been allocated for the improvement of Baler airport through the construction of a runway extension and a passenger Terminal Board.

In conclusion, Secretary Diokno said, ‘there is much to look forward to. To our partners in the Spanish government and fellow Filipinos, I hope we can all agree that it is not just the two countries’ histories that are intertwined but our futures.”