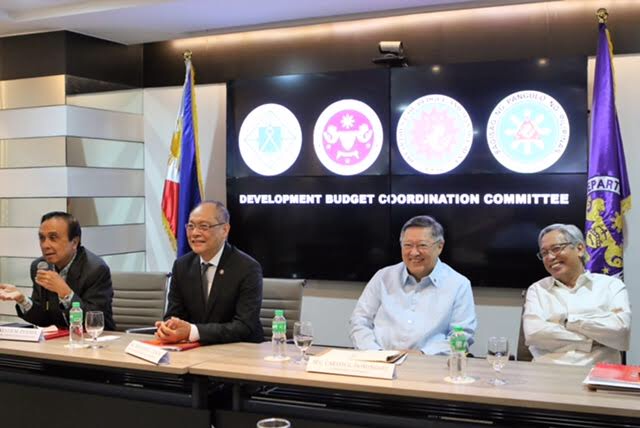 The Development Budget Coordination Committee (DBCC) forecasts sustained economic growth in the Philippines as macroeconomic fundamentals including imports remain stable, while exports are expected to improve. Furthermore, the expansionary fiscal policy of the government is expected to boost the performance of the Philippine economy.

The DBCC maintains the growth prospects for the medium term. Inflation assumptions remain stable at 2% to 4% for 2017 to 2022. This is based on estimates by the DOF that the higher excise taxes on petroleum, automobiles, and sugar-sweetened beverages will have minimal effect on prices. Furthermore, this inflation outlook remains within target as inflation forecasts of external institutions such as the International Monetary Fund, World Bank, and AP Consensus Forecasts belong within the said range.

Expected drivers of economic growth include construction and infrastructure development, primarily fueled by the administration’s Build, Build, Build program. Also, the increase in government spending is seen to propel the economy upwards as the government plans to expand its investment in human capital.

Global economic and political developments have directly influenced the trend in emerging market currencies, including the peso. We retain the 48-50 PHP per USD for 2017, while the forecast for the years 2018 to 2022 is adjusted to 48-51 PHP per USD. This in response to the resumption of the US Federal Reserve’s monetary policy tightening, where the expectations of higher US interest rates and stronger demand for the US dollar could pose depreciation pressure on the peso.

Foreign interest rate assumptions will also be retained at 1.0% to 2.0% in 2017, and 1.5% to 2.5% from 2018 to 2022. The DBCC expects that the US Federal Reserve’s policy normalization would be gradual and other major central banks will remain accommodative of the US’ monetary and policy adjustments.

With the implementation of the first tax reform package in 2018, revenues are then projected to increase to PHP 2.841 trillion, which is 16.3 percent of GDP. The revenue program is set to improve gradually to PHP 4.504 trillion by 2022, equivalent to 17.8 percent of GDP.

In terms of the Medium-Term Expenditure Program, the National Budget for 2018 is pegged at PHP 3.767 trillion, equivalent to 21.6 percent of GDP. This represents a 12.4 percent growth rate compared to the PHP 3.350 trillion National Budget for 2017. The expenditure program (Obligation Budget) is projected to reach PHP 5.661 trillion come 2022, equivalent to 22.3 percent of GDP. The deficit-to-GDP ratio at 3 percent will be maintained from 2017 to 2022.

For more information on the Department of Budget and Management, visit www.dbm.gov.ph