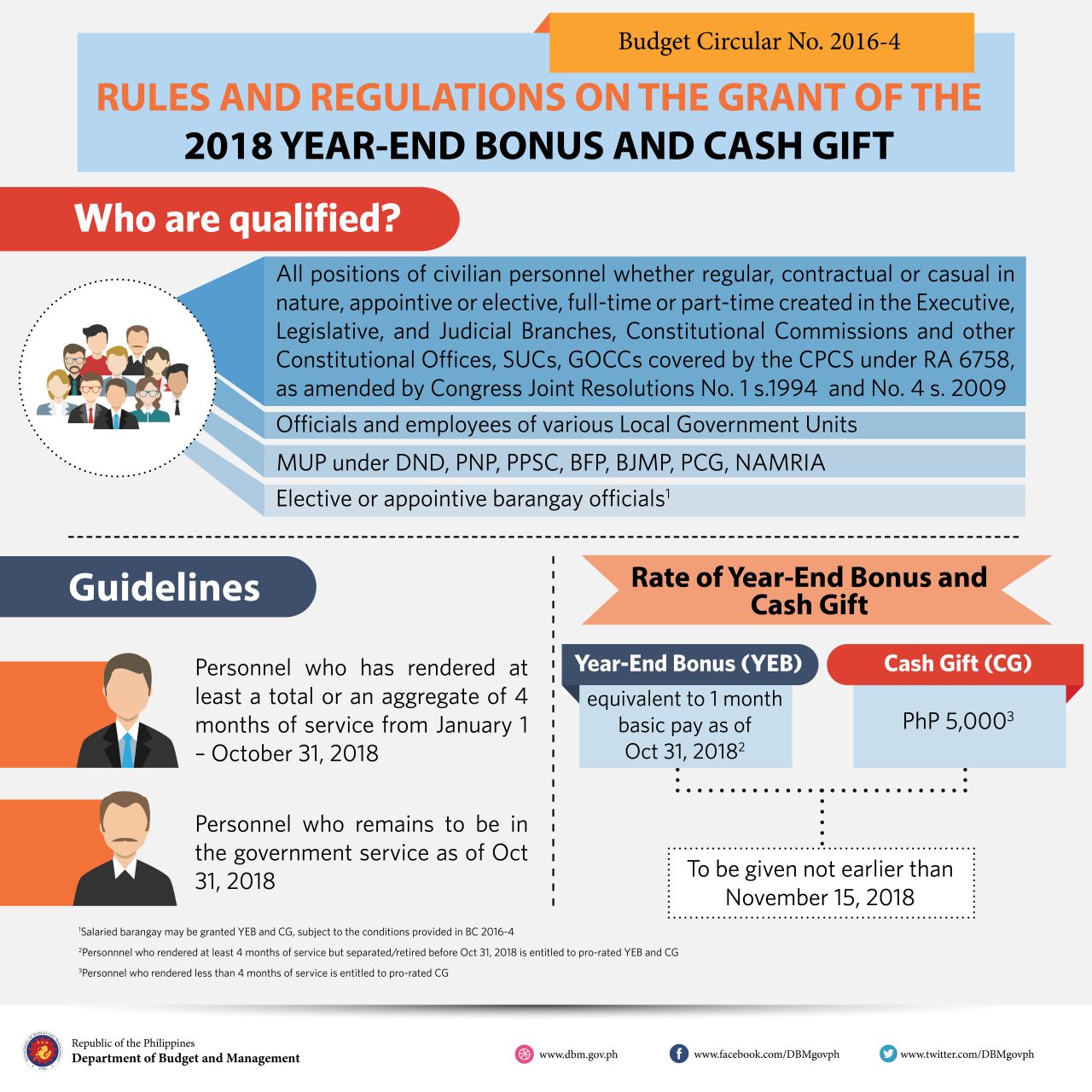 In the spirit of the upcoming Christmas season, government workers nationwide will receive their 14th month pay (Christmas bonus) and cash gift starting tomorrow, November 15. The year-end bonus is equivalent to a full month’s salary, while the cash-gift amounts to 5,000 pesos.

The release of the year-end bonus and cash gift is pursuant to Budget Circular No. 2016-4, which mandates that the said incentives be given not earlier than November 15 of the current year to qualified personnel satisfying the following conditions:

2.   Those who have retired or separated from government service before October 31 of the same year and have rendered at least a total or an aggregate of four (4) months of service from January 1 of the current year, shall be granted pro-rated year-end bonus and cash gift, within the month of retirement or separation.

The 13th month pay and other benefits, including productivity incentives and Christmas bonuses, are exempted from tax if they do not exceed P90,000, according to Republic Act 10963 or the Tax Reform for Acceleration and Inclusion (TRAIN) law,

Meanwhile, PhP 5.6 Billion and PhP 1.7 Billion have been allocated for the 5,000 peso cash gift of civilian personnel and MUPs, respectively.

On top of these bonuses, government employees can also look forward to receiving their Productivity Enhancement Incentive, which will be released starting December 15.