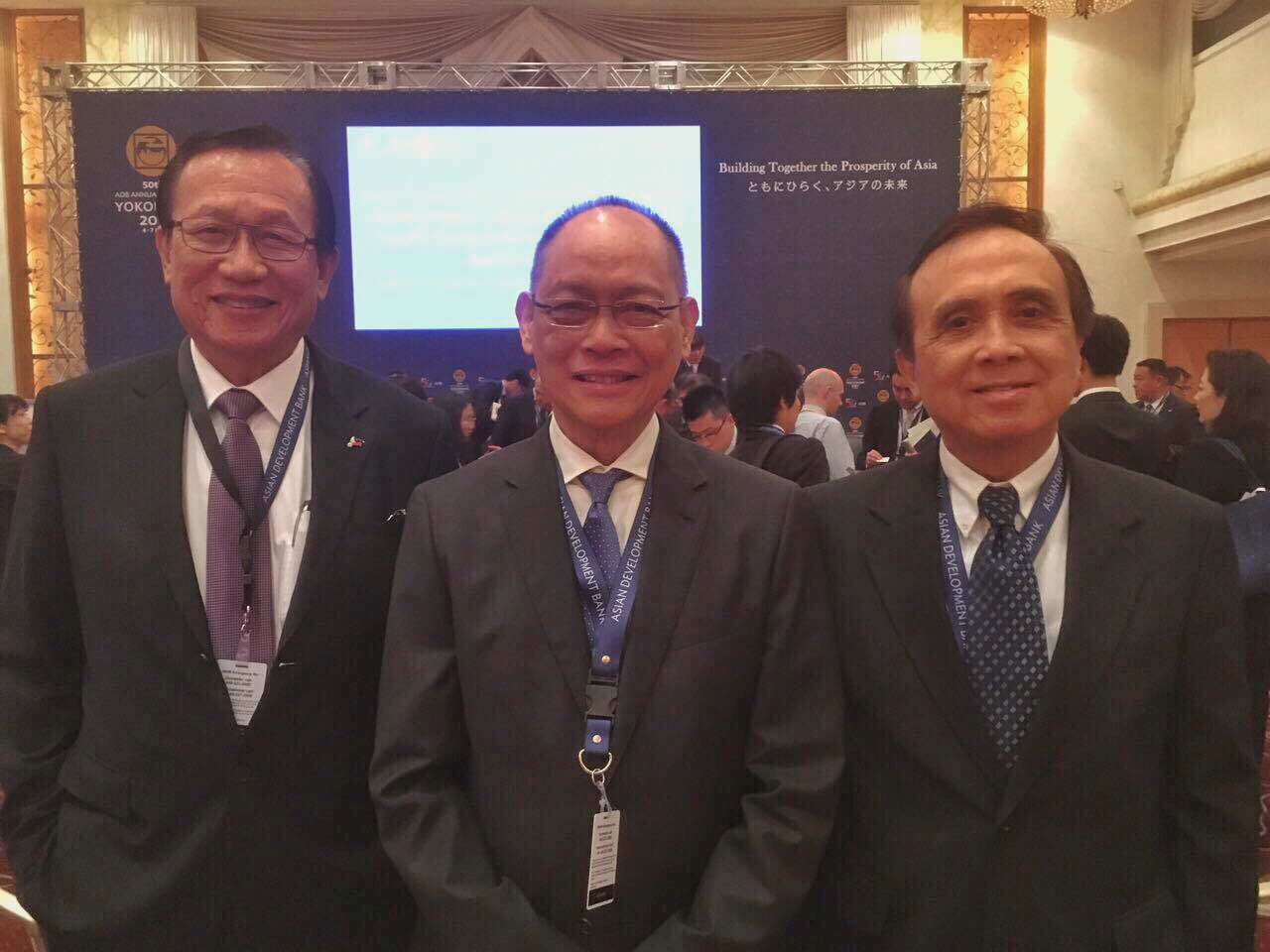 Yokohama, Japan–On May 3, 2017 Department of Budget and Management (DBM) Secretary Benjamin E. Diokno attended the 2017 Global Think Tank Summit held in Yokohama, Japan. With the theme “Achieving Balanced Growth in Asia and the World for Sustainable Development”, the summit was organized by the Asian Development Bank Institute (ADBI) and the Think Tanks and Civil Societies Program (TTCSP). Leading public policy experts, academicians, business leaders, and private sector representatives from across the globe participated in the summit.

“[T]he Philippines has not spent more than 3 percent of its GDP for public infrastructure, and it’s not surprising why: the level of public debt was huge; the costs of servicing it was high; and its revenue-to GDP ratio was low. Of course, it did not help that it had a string of fiscal conservatives running its fiscal policy,” said the DBM Secretary.

The many years of underinvestment for public infrastructure has led to an infrastructure gap. Despite the bullish prospects on the Philippine economy, which registered a 6.9 percent GDP growth rate in 2016, its poor and collapsing infrastructure remains to be a constraint to growth.

In response, the Duterte Administration is embarking on an ambitious infrastructure program unmatched in the country’s history, ushering in the “Golden Age of Infrastructure”. “And for this year, the first bold step we took was to appropriate an amount of P847.2 billion, or $17 billion, for infrastructure in the 2017 national budget. This level is equivalent to 5.3 percent of GDP… We will sustain this level of investment such that P8 to P9 trillion, or $160 to $180 billion, will be spent on public infrastructure for the next six years. Likewise, as a share of GDP, infrastructure spending will rise from 5.3 percent in 2017 to as high as 7.4 percent come 2022,” said the Budget Secretary.

In conclusion, Secretary Diokno emphasized that the Philippines has the right ingredients and the right leaders to transform the Philippines into the “Asian Tiger” it is capable of becoming. Hence, it is only a matter of time before the Philippines becomes a better, safer, fairer, more prosperous, and more beautiful country.

For the full text of Secretary Diokno’s speech at the 2017 Global Think Tank Summit, visit:http://www.dbm.gov.ph/?page_id=20136

To learn more about the Department of Budget and Management, please visitdbm.gov.ph.