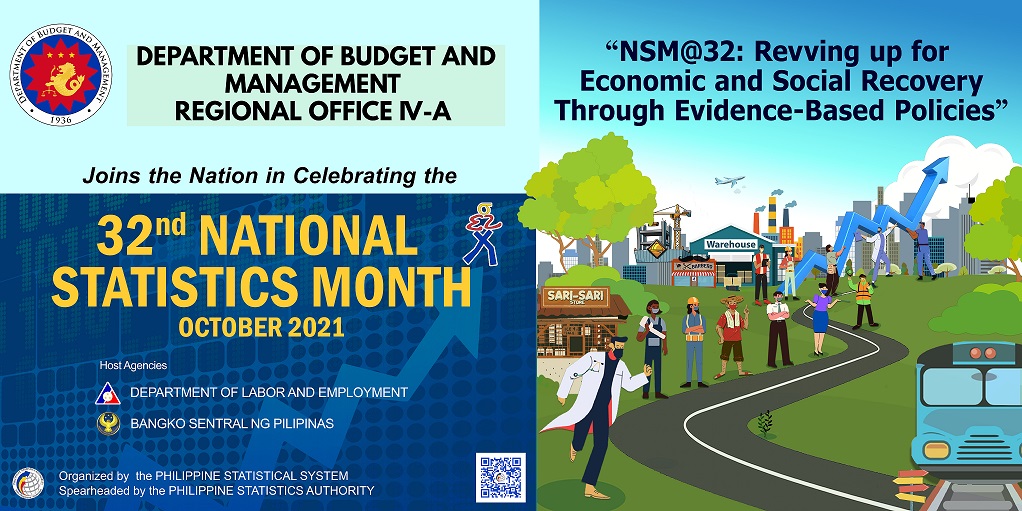 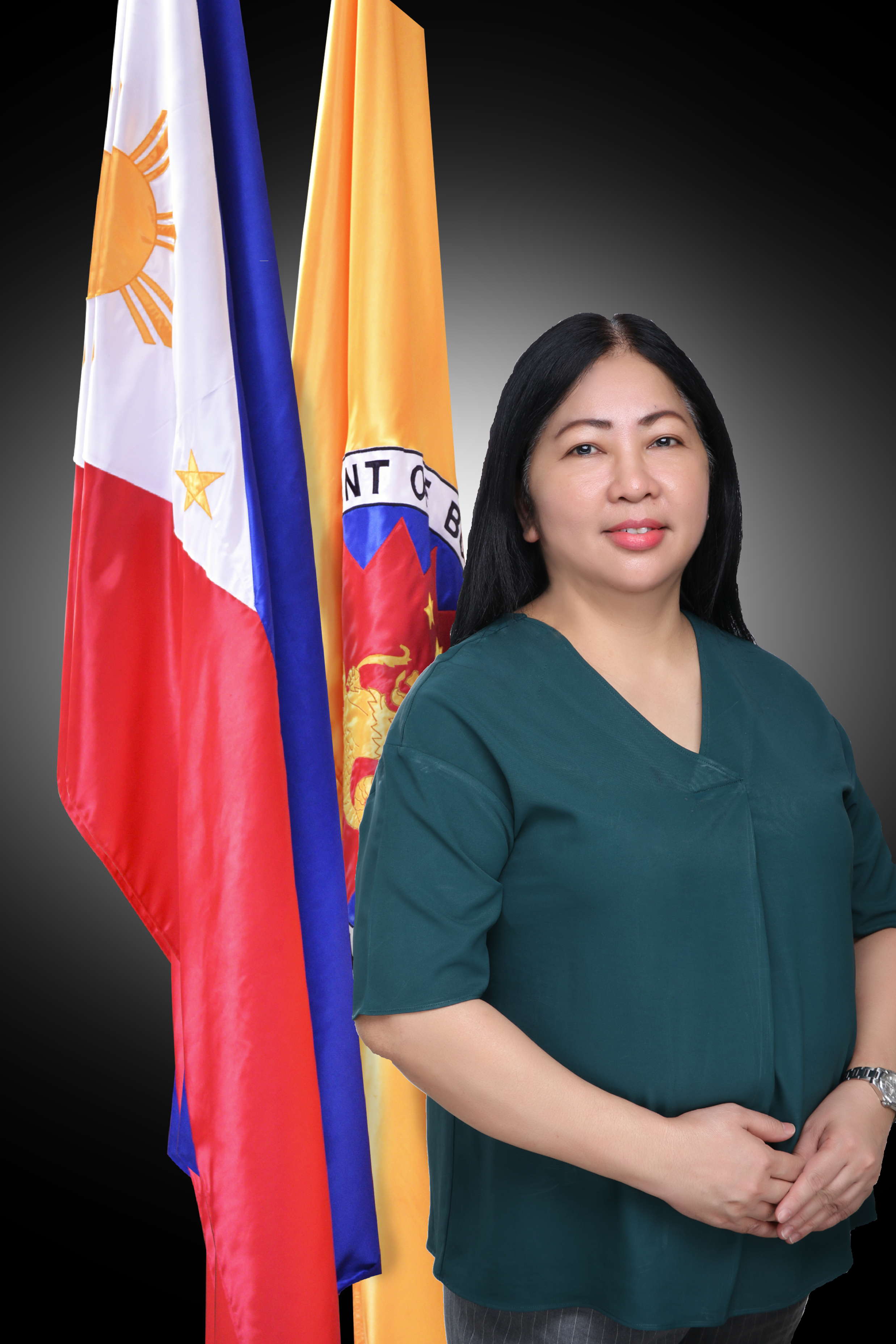 Thank you for visiting the website of DBM Calabarzon.

January 3, 2022  Implementation of the Third Tranche of the Modified Salary Schedule for Local Government Personnel Pursuant to Republic Act (RA) No. 11466 Download Local Budget Circular No....

Welcome to the official website of DBM Region IV-A (CALABARZON)

Welcome to the official website of DBM Region IV-A (CALABARZON), made possible through the support of our Information and Communication Technology Systems Service.

As we face challenging times, it is important that we remain abreast with the changing environment. As such, having access to information is essential to everyone, as it provides us a view of important, accurate and valid accounts necessary in our work and day-to-day lives.

This website aims to give you a deeper understanding of the DBM REGIONAL OFFICE IV- (CALABARZON). Our regular updates and reports also aims to promote a sound, efficient and effective management and utilization of government resources. Rest assured, that we will continuously adapt innovations to deliver our services more efficiently and effectively.

Equipped with the principles: transparency, integrity, and accountability, this website is proof of our mission in ensuring a fair, prudent, transparent, and accountable allocation and use of public funds to improve the quality of life of every Filipino.

May you enjoy your journey with DBM CALABARZON.  Maraming salamat po and God bless everyone!

To monitor the implementation of the programs and projects of delivery units in the CALABARZON, and further improve the region’s capacity to use their budget, The Department of Budget and Management Regional Office IV-A (DBM RO IV-A) conducted a two-day Full-time Delivery Unit (FDU) Meeting via Google Meet last August 31, 2021 to September 1, 2021.

The meeting was attended by the heads of the decentralized National Government Agencies (NGAs) and State Universities and Colleges (SUCs) in the region together with their respective Budget Officers, Planning Officers and Accountants.

The initiative aims to further strengthen the close collaboration of DBM RO IV-A staff and its client agencies to ensure the full utilization of the agency budget and keep track of the implementation of projects and their compliance with financial requirements, thus guaranteeing the prudent use of government’s resources.

DBM RO IV-A OIC-Regional Director Nympha R. Manalastas presided over the meetings. She was assisted by OIC-Assistant Director Maria Rowena P. Gonzales and OIC- Chief Budget and Management Specialists Jacqueline B. Ludovice and April M. Clor with the other technical staff from the two technical divisions.

Moreover, Director Manalastas discussed Executive Order No. 138 (Full Devolution of Certain Functions of the Executive Branch to Local Governments, Creation of a Committee on Devolution and for Other Purposes) and its Implementing Rules and Regulations (IRR).

The highlight of the FDU meeting was the presentation of the Agency’s FY 2021 1st Semester Physical and Financial Accomplishments. Performances were assessed and measures were recommended to enable the agencies to improve their capacity to utilize funds. Said meeting also provided the venue to remind agencies of the importance of timely submission of required reports.

The meetings were concluded with an open forum to thresh out some budgetary issues for shared understanding and interpretation.

Online Regional Roadshow on Competition Law and Policy on August 20, 2021 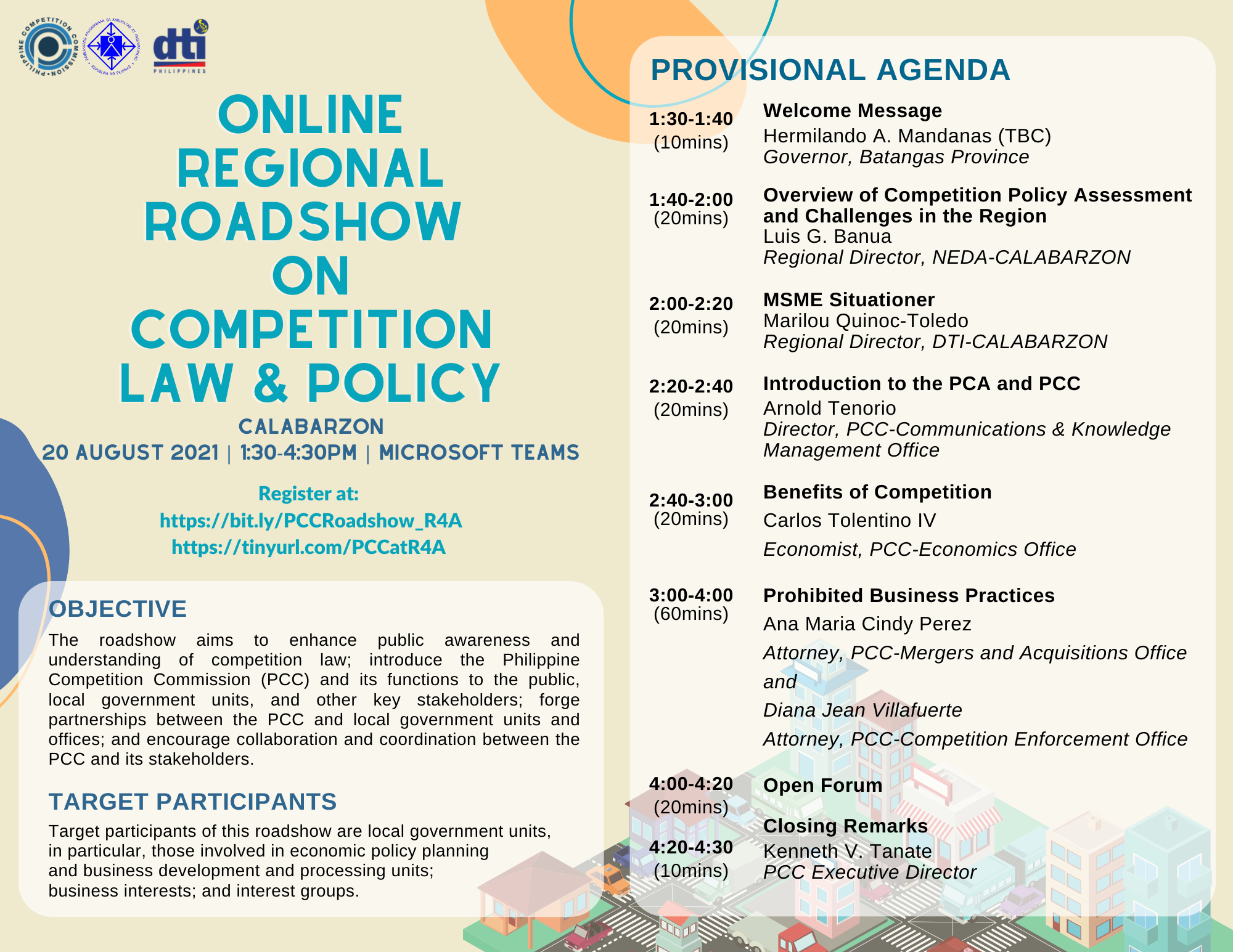 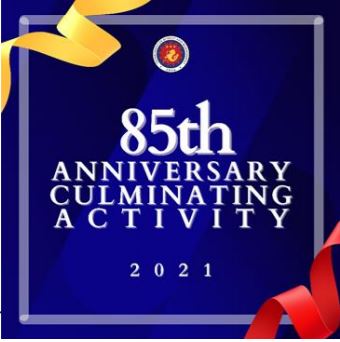 Highlighting the event was a virtual presentation which paid “Tribute to all Employees Who Passed On” as well as the “Loyalty and PRAISE Awardees,” where one of DBM IV-A’s very own Igmidio Niño P. Galingan, Jr. was recognized for his faithful service to the Department for 15 years.
DBM IV-A employees were also recognized as among the “DBM Warriors” for their efforts in maintaining the RO’s operation, braving risks of exposure to the virus and other challenges brought by the Covid-19 pandemic.
Other activities include the video presentation of the Budget Information and Training Service (BITS) entitled “DBM’s Journey through the Years,” and the Virtual Raffle Draw by the Administrative Service.
Other fun-filled activities during the celebration are the 85th Anniversary Facebook Profile Picture Frame, Jeopardy: DBM Anniversary Edition, DBM Pictionary, DBM Singing Contest, DBM Stories from the officials and employees, and DBM Anniversary Fund Raising Activity.
DBM, formerly known as the Budget Commission, was created on April 25, 1936 by virtue of Executive Order 25 signed by Commonwealth President Manuel Quezon. Its main function then was to carry out the President’s responsibility of preparing the budget for the implementation of programs and projects geared towards national development.
For 85 years, the Department has led public expenditure management to ensure equitable, prudent, transparent and accountable allocation and use of public funds to improve the quality of life of every Filipino. In the years to come, it commits to unconditionally serve the nation, and carry out its mandate despite the challenging times.
By Ms. Julie Fernandez 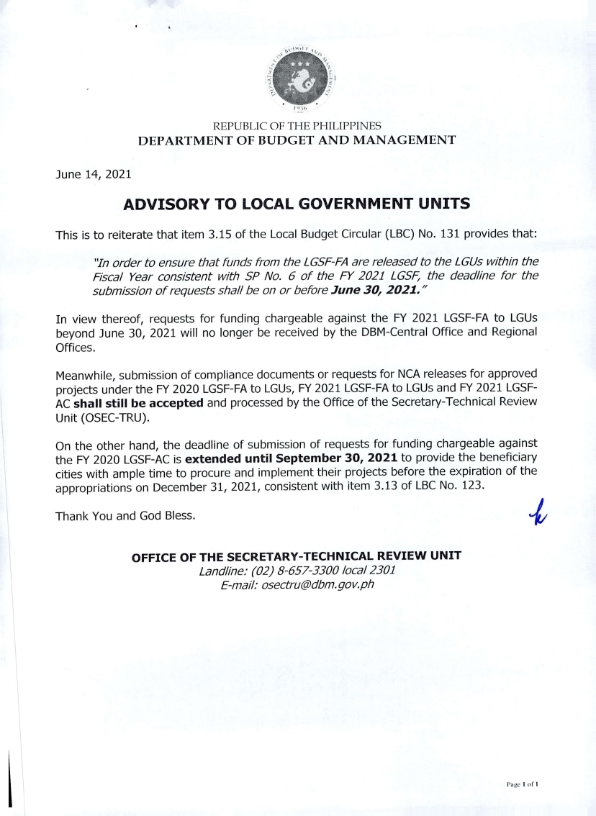 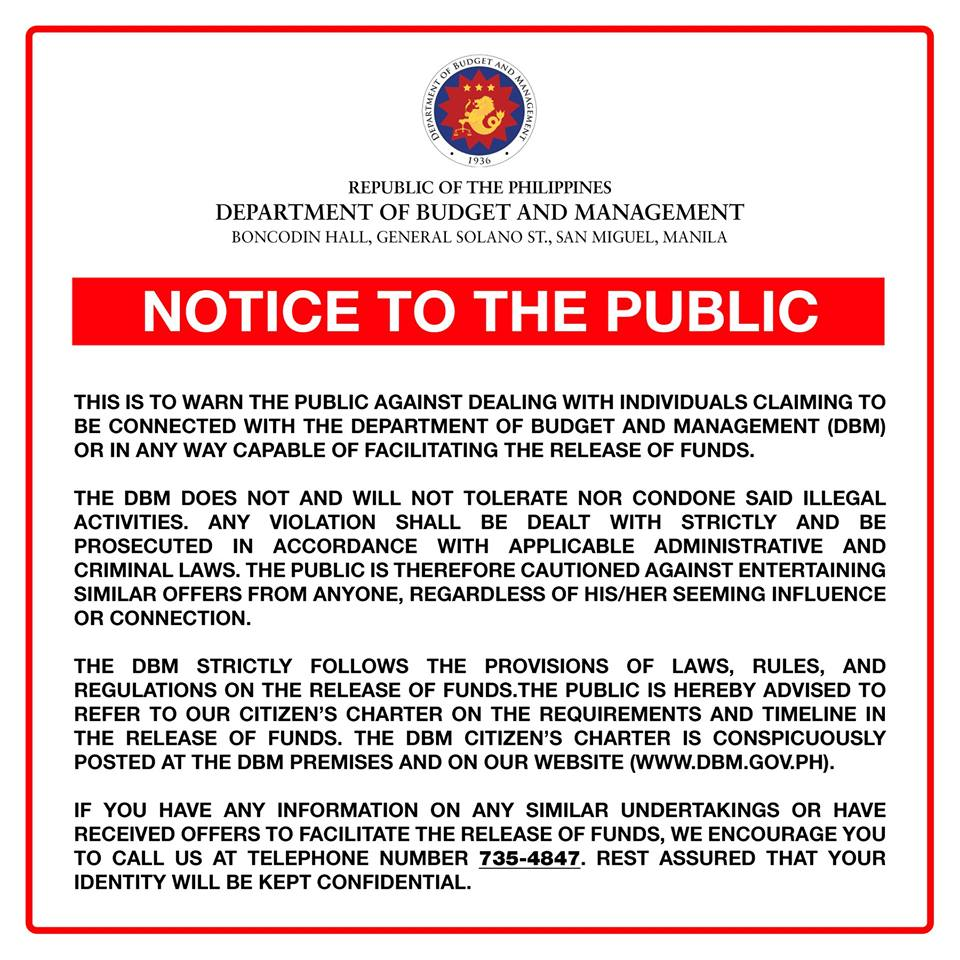 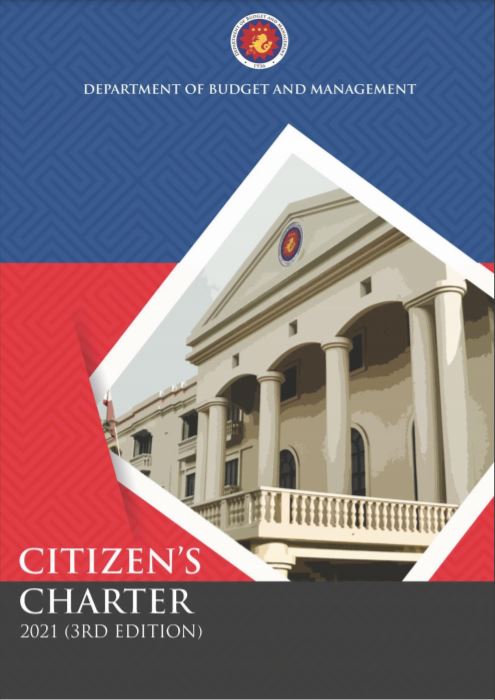 We have 1143 guests and no members online